If your home state enacts laws that do not respect your personhood, you have to seriously consider leaving the state. 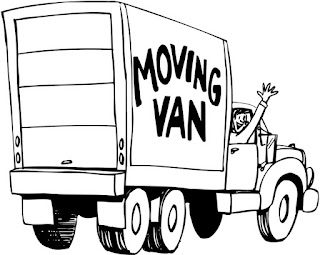 That may sound extreme, but let's consider the word "extreme."

The religious right started working to overturn Roe versus Wade in the 1970s. They engaged in a hostile takeover of the GOP in the 80s. Since then, they have subverted all of the party's other priorities in favor of this one issue.
In a single-minded effort that has taken over 40 years, the religious right dismantled the platform of a major political party and replaced it with a pro-life agenda... and nothing else.

This is their only issue, and that's why they are making progress.

They aren't making progress because their position is more popular. Even the most generous polls have the nation split. Most polls show more Americans are pro-choice.

No, it isn't the merit of their view. The religious right is making progress because they are single-minded. They are willing to bend the entire US government to their will in this effort.

The GOP is being held hostage by people seeking to enact laws based on their religious beliefs, and after a few decades, a kind of Stockholm syndrome has set in. Conservatives believe the religious right has been taking care of them, helping them win elections. Nevermind that the party's values no longer mean anything, the GOP can win state houses and the White House. Not even democracy can stand in their way!

I would love to provide some kind of reasonable strategy for overcoming their efforts, but if people are willing to betray all their values save one, they are pathological. There is not a reasonable way to stop them.

If the religious right has a hold on your state house, they will take your right to choose and then they'll go after birth control. They think it is a woman's job to have babies for men, and they want to enact laws to enforce that.

If those are not your values, move to a state that respects your values. Take your skills, your income, your family, your friends, your vote, and your values; go find a community that will embrace them all.

By leaving, you will enrich the community you join and deprive extremists of all you have to offer.

Let's see how they do without us.
Posted by Hogan 1 comment:

"But the wealthy are so generous in their support of charities and non-profits."

It's a point I often hear from people when discussing taxes.

It's in the news right now.

Here's how:
The White House Budget proposal would cut funding to the Special Olympics. This part of the proposal is an easy target for critics of the White House, but I am much more interested in the way the Administration has defended the cut.

In response to questions about it, Besty DeVos said, “I think that Special Olympics is an awesome organization, one that is well supported by the philanthropic sector as well.”

And there it is. The assumption behind DeVos's statement is this:


The rich are generous with their money and that is why we should cut government spending and stop taxing the wealthy so heavily. The wealthy provide jobs and give to charities. If they were able to keep more of their money, they would give more, and the government wouldn't need to support causes like the Special Olympics or universities or the arts. The wealthy will step up and make sure those causes are supported.

That argument sounds nice. It plays into our perception that people who succeed must be good people. Look at this list of generous billionaire families; it practically proves success is a sign of a person's inherent goodness. "Isn't it pretty to think so?"

Unfortunately, even bad hombres are able to succeed from time to time.

For example, take one of those very generous billionaire families.
The Sackler family give a lot of money to charities and non-profits, and that's nice.
But it is worth noting that the family owns Purdue Pharma, the company that brought  OxyContin to market in 1996. Much of their wealth has been accumulated through the sale of a narcotic painkiller - a narcotic painkiller that, according to a recently settled lawsuit, has been deceptively marketed in ways that fueled the opioid crisis.

They are drug dealers.

They make and market an addictive drug. They actively worked to get that drug into the hands of as many people as possible. When people started dying, the family did not stop trying to find new customers. When the drug they sold was named as one of the sources of a national crisis, they continued to defend their efforts to sell the drug.

I'm sure the Sackler family does not think they are bad people. After all, they are only working to support themselves. They are enjoying economic success. They shouldn't be punished for that.
And, here's the important part, they give generously to museums, charities,  and universities around the world. But they are bad people.

They started the opioid crisis.

They sell the drug that kills tens of thousands.

They sought customers in places where their drugs do harm, and they aggressively sold the drug there.

They still sell it.

Our government has not stopped them from selling their drugs in irresponsible ways.

The Sackler family's generosity cannot make up for the harm they have done.

So, don't ask me to consider the generosity of the wealthy when forming my views on tax policy.

I support policy intended to prevent the pooling of wealth.
I believe economic inequality is a serious issue, and that the past thirty-five years of tax policy have contributed to that issue.
I support a return to the top marginal tax bracket that was in place from 1965-1981 when top earners paid seventy percent income tax on anything over a certain level of income.

People don't have to agree with my policy preferences, but I am going to argue with people who tell me my views are wrong-headed. When I discuss such policies, I will try to respect the arguments people use support lower taxes on the wealthy.

But I will no longer listen to arguments that invoke all the good done by wealthy Americans who give to charity.

Nor will I listen to arguments that suggest the philanthropic sector can take on the work of a strong government.

Those arguments ask me to hand over authority to people simply because they have wealth, and I do not believe such people will consider my interests when making decisions.
Posted by Hogan No comments:

So, I'm bracing for the conservative backlash that is bound to splash across my social media feeds today when pundits start lampooning a NYT op-ed by Daniel Pollack-Pelzner about Mary Poppins wearing blackface.

I expect to see a lot of people pointing and shouting at this example of "LIE-berals being TOO sensitive!!!!"

And yeah, I think the Mary Poppins thing is silly.

But this "too sensitive" thing, like the derisive use of "politically correct," is worth some attention.

Sure, there are times when people are being too sensitive (I'm looking at you Pollack-Pelzner).

However, there is a much longer history of guys like me telling other people, "Don't be offended. This is the way things are. You're being too sensitive."

Due to the accident of history, our cultural landscape was shaped by a lot of straight white dudes catering to all the other straight white dudes. If you find that statement controversial, I don't know what to tell you. The evidence is literally everywhere. And it's not just that the world is built to make us comfortable; it's also the absurd backlash to razor commercials, #BLM, #metoo, female science fiction writers, female game designers, black actors in comic book movies... Oh. My. God. The irony that these are the people accusing others of being too sensitive surpasses the level of satire.

But I get it. Because for people who are comfortable in a world built for straight white dudes (and that includes a lot of people are not straight, white, or dude-like), "this is the way things are."

And living in a moment when people are challenging the way things are can lead to some disturbances. In fact, it should disturb some people.

It disturbs me and my understanding of my world. I have to accept there are some things I do not understand as offensive, but those things offend others.

And when people assert themselves and expect to be treated with dignity, I may have to reexamine the way things are.

I may find that the world I thought of as so comfortable was actually a lot less comfortable for people I hadn't taken into consideration.

Making room and treating others with dignity is going to change my world.
It'll disturb my world.

There's going to be times when I have to admit I do not - and cannot - understand why someone is offended, because they have a point of view I am unable to share.

So, I have to be more careful with that accusation of "too sensitive." It may, after all, be me that has become too sensitive.
Posted by Hogan 1 comment: